The Cleveland Indians have been a storied baseball franchise with more than a century of history and a relationship with the fan community that is unparalleled. Be in the seats, listen to the fans, talk with the staff and it’s clear that a culture of honor and mutual admiration flourishes in Cleveland. The Cleveland Indians IT team knows that adapting to new technology and facilitating ease of communication among staff and fans is a vital component to the organization’s continued culture and following, now and in the future.

A significant piece of the challenge for the Indians IT team was sifting through numerous variables to determine which ones were most important, and then finding a technology provider with solutions that made sense. The solution needed to include three vital components:
1
Their managed services solution needed to include a partner who was willing to come alongside of the Indians internal department and provide a level of service that greatly exceeded the typical IT support contract.
2
The Indians also needed technology that would improve the real-time reporting within their call centers, which is vital to provide a level of customer service that their loyal fan base deserves.
3
The IT department had a need for assurance that the unified communications system they selected would provide a high degree of reliability and serviceability.

Like most organizations looking to make such a decision, Whitney Kuszmaul, director of IT at the Cleveland Indians, and his staff were looking to avoid surprises. They knew the unified communications technology they chose couldn’t fail to meet expectations.

The process to move telephony systems became more about the people, than the solution itself. The solution is only as good as the people that are implementing it. Good people make good solutions. Not only did we pick a good telephony solution in itself, we picked a good implementer who had the staff and resources — Whitney Kuszmaul, Cleveland Indians’ IT Director

1
TTx Inc., the largest ShoreTel partner in Ohio, listened carefully to the Cleveland Indians needs and crafted a contract that allowed the ball club to maximize the use of their internal IT resources, with TTx coming in as a partner to their PBX support team. The Indians wanted the managed services partner they chose to architect and implement the new unified communications system to feel like an extension of their internal team, rather than an inaccessible vendor. TTx provided assurance that this UCaaS solution would reduce the total cost of ownership and be of value to the organization for years to come. With over 350 ShoreTel clients and 40,000 active endpoints, TTx ensured the reliability that comes with experience and a proven commitment to the value of long-term relationships with their clients.

2
The Indians knew that multisite contact centers were now the norm, but their previous system required cross-departmental collaboration between technical and managerial teams that made real-time reporting impossible. Built on the highly reliable voice capabilities of an on-premise unified communications system, ShoreTel’s Enterprise Contact Center solution was a clear choice. “Ease of use of the ShoreTel system was a huge factor in our decision – everything was cumbersome and complicated with our previous phone system.” — Whitney Kuszmaul, Cleveland Indians’ IT Director

3
When evaluating a new PBX solution, the Indians had to ensure that the resources needed to service the system would be predictable and reliable. Downtime or poor call quality is not an option for a professional Major League Baseball organization. As a product that had been proven in the marketplace to maximize reliability, ShoreTel UCaaS met the need to maximize the use of their internal team.

We know every problem is unique. The reason we chose to highlight this case study is because at TTx, we have the opportunity to see the trends in technology significantly helping organizations like yours every day. We have the visibility to the leading edge, and we want to help facilitate a knowledge share through the industry. If you have any questions whatsoever, we’d be happy to help. — Brandon Kenney, COO at TTx

TTx was able to provide a solution that optimized productivity, especially among the fan services and sales teams. Using the system’s auto attendant and auto and abandoned callback functions, the abandon call time has been reduced by 85%, from 21 minutes to three minutes. Hold times have been reduced from three minutes to less than one minute – significantly improving the overall fan experience. ShoreTel Enterprise Contact Center is integrated with the Cleveland Indian’s CRM system to further streamline operations. Due to the simple user interface, managers have the ability to view real time call center metrics and vital statistics without the need for technical support.

The Indians reduced their servers from twenty down to four by moving to ShoreTel’s customizable virtualized unified communications solution, a dramatic reduction in the amount of data center footprint space and the number of ports required. Because ShoreTel’s UCaaS solution can be implemented on industry-standard virtualized servers, TTx was able to provide tremendous flexibility when making infrastructure decisions.

ShoreTel’s distributed architecture for IP telephony eliminates complexity through reliability, ease-of-management, and ease-of-use. The switch-based hardware platform has no single point of failure or spinning media: each switch and site functions as an independent call processor. In the event of a WAN failure, the VoIP phone system continues to place and receive calls on the Public Switched Telephone Network (PSTN) without disruption. If a switch were to fail, the other switches would automatically share the load. Users, meanwhile, experience no disruption or awareness that an incident occurred.

Cleveland Indians fans have benefited from an improved customer experience through their primary purchase touchpoint, the call center. Hold times have been drastically reduced and abandoned calls decreased significantly.

For Whitney and his IT team, the outcome has proven to be what they had hoped for – an efficient system that has facilitated positive outcomes for both the Indians staff and the fans, which is also equipped for future growth and expansion. After 6 months and a season of use under his belt, Whitney feels confident about the direction they chose. We knew that moving telephony systems would be a very complex process. Now that we are on the other side of the decision, we realize that not only did we pick a good telephony solution, we picked the right implementer who had the staff and resources to get the job done. I’ve found that any technical solution is only as good as the people that are implementing it. Good people make good solutions.” — Whitney Kuszmaul, Cleveland Indians’ IT Director

For TTx, becoming the official technology partner of the Cleveland Indians was a dream come true, as long time loyal fans of the franchise. “For a local company who started small 35 years ago, it feels like being called up to do what we do best: providing fully managed call center and managed unified communications systems to businesses large and small. The Cleveland Indians’ organization, with the leadership of Whitney, has provided a level of collaboration that make a partnership like this a joy.” — Brandon Kenney, Chief Operating Officer at TTx

We’ll Come to You

We believe that our customer service is the external manifestation of our internal culture. Rooted in our culture of relatability, we are dedicated to using our resources to support your business and what matters to you. Sometimes you have to physically see how IT infrastructure works. That’s why at TTx we offer you the ability to schedule a demo with one of our engineers who will walk with you through the process of navigating the myriad of complex managed services and unified communications solutions to build the one that is tailor-fit to your specific needs – in person at your business. It’s what you deserve and what we demand of ourselves. Because Technically, People Matter. 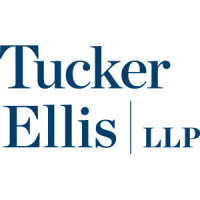 “Along with the improved quality of our telecom systems, our network “up time” has increased while our costs have gone down.” –Jeff Smith, Mobility Works
Read More

“ShoreTel’s feature set, ease of implementation, along with Teletronics as a trusted partner made this an easy decision for us.” – Greg Flanik, Baldwin Wallace
Read More